No Result
View All Result
">

The Creature from “The Shape of Water” Explained

The Shape of Water is the latest film from director Guillermo del Toro, starring Sally Hawkins and Michael Shannon. Probably the largest mystery in the movie, however, is the amphibian creature that carries most of the focus of the movie. The creature has been jokingly called the father or grandpa of Abe Sapien from del Toro’s Hellboy films, due to them both being played by actor Doug Jones. It’s interesting to point out that this movie seems based upon an outline del Toro made for a Creature from the Black Lagoon movie. Based on dialogue from the movie it can be assumed this creature is the Gill-man which is from the Amazon rainforest, where it’s worshipped as a God by the natives. As far as anyone knows this is the last surviving member of its race. While in an aquatic environment the creature requires water mixed with salt and other chemicals to replicate the conditions of the Amazon waters. 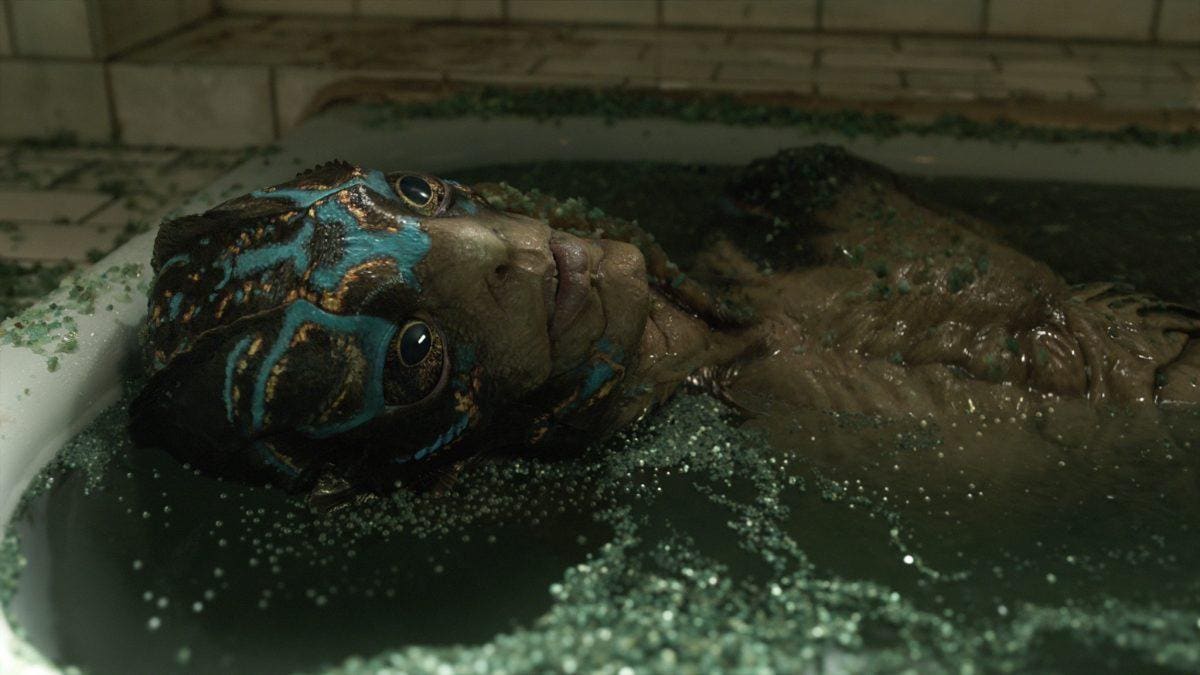 The Creature, while amphibious and fully functioning on land, needs to be back in an aquatic environment after a set period of time. If it’s not exposed to enough water by a certain time it can go into shock. It also has webbed hands and underarms, accompanied by sharps claws at the end of each finger. The scales on the creature, while not bulletproof, can withstand blunt trauma beyond a normal human. The creature is also a lot stronger than the average individual and can heal itself from almost any injury including point-blank range gunshots to their chest.

Besides its interesting physical features, the creature also has an interesting healing ability which operates both on a literal level and a narrative level. This creature heals other characters in the movie, such as the main female lead played by Sally Hawkins. The creature heals her by making her not feel like such an outsider and seeing her for who she is instead of someone with a disability (her character is mute). This movie also takes place during the early 1960s, so being a minority wasn’t seen in the best light.

">
No Result
View All Result