Ruby Rose Departs ‘Batwoman’ – The CW Will Recast For Season 2

Timothy Olyphant Might Be Playing Cobb Vanth in ‘The Mandalorian’

The live action Kim Possible movie has already announced most of the cast and now we’re getting some sneak peeks!

Where there’s a hero, there’s a villain. Dr. Drakken (Todd Stashwick) and Shego (Taylor Ortega) are the mad scientist/sassy ninja duo whose plans are constantly foiled by Kim Possible. 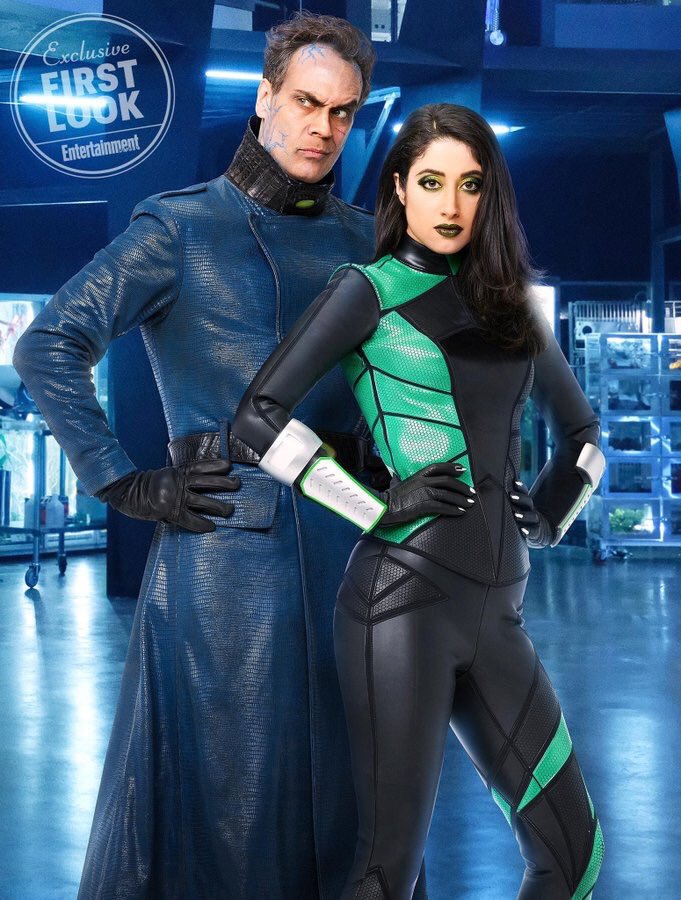 “Shego is one of the funniest characters from the original show, but she’s also incredibly tough,” says co-director Adam B. Stein. “We had to find someone who could be hilarious and pull off the eye rolls and nail filing that Shego’s known for, while still being physically threatening.” Thank goodness for Ortega. “Todd’s really tall,” says Stein. “[In casting], Taylor was the only one who could push him around with just her presence.”

As for Dr. Drakken’s blue skin, Stein and his co-director, Zach Lipovsky, ultimately decided to against the signature blue skin to keep the character from looking too cartoony.

“It’s like he’s got a blue infection within,” Lipovsky says of the new Drakken. “It’s like some experiment or some dastardly plan went wrong years ago and now he’s got this side effect where he’s got a bluish hue.”

Shego also got an update. “When we looked at live-action versions of the original costume, it felt a bit like pajamas,” Stein says.

The live-action Kim Possible movie is expected to hit Disney Channel sometime in 2019.

Skyler has been writing about film for 5 years now. His strengths and knowledge are in the Disney Company and its enormous library of past, present, and future film content. His work can also be found over on TheDisInsider.com and ThatHashtagShow.com Skyler is a currently enrolled at LA Film School taking Entertainment Business.

Ruby Rose Departs ‘Batwoman’ – The CW Will Recast For Season 2

Timothy Olyphant Might Be Playing Cobb Vanth in ‘The Mandalorian’